Has your year been filled with cooking and baking? Mine sure has. This made me think of when I wrote about becoming the next Martha Stewart. I want to revisit that story today and share what kind of cooking adventures I’ve been up to lately.

A lot of people have been working on their cooking and baking skills over the last few months while being indoors and especially during the colder months when it’s harder to get out. I want to talk about spice jars too. 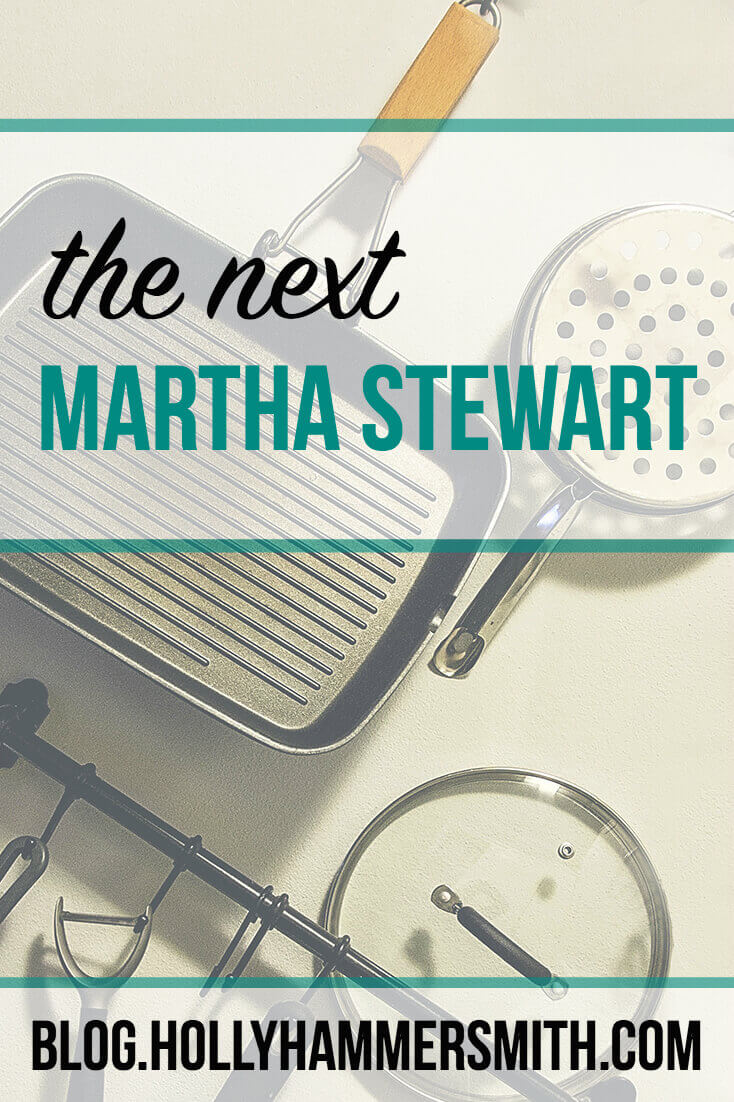 The Next Martha Stewart

Martha Stewart, of course, is most known for her home economics and cooking skills. She has built her career and brand around that. Of course I don’t really want to be her, I want to be myself, but I’ve been spending so much time in the kitchen I can’t help but wonder.

A few years ago I remember when I was first really starting out on my cooking journey. I had a lot to learn and of course I still do. It started when I cooked a butternut squash for the first time.

Related blog posts:
• Sourdough Starter Day by Day How it Looks
• Jojoba Oil Face Moisturizer Recipe and Tips
• The Time I Accidentally Made Swiss Chard Pie
• How to Make Pie Crust from Scratch

I learned how by watching a few videos on YouTube. I removed the skin, diced it and then sautéed it in a tiny bit of butter, then I used a chicken broth and maple syrup mixture and cooked it in a pan until the liquid was gone. Here are some photos from when I was cooking the squash. 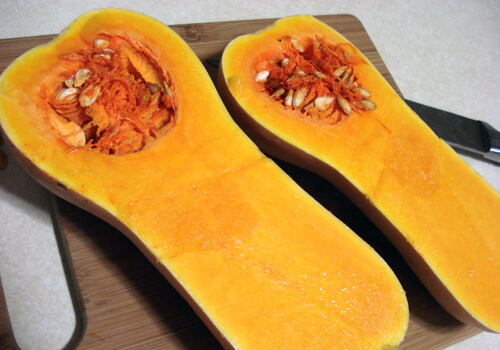 I had no idea how to prepare squash until I watched a “how to” video. Even today when I come across a new fruit or vegetable I am often reading articles to figure out how to use, store and prepare the food.

The same goes for anything new I cook including some meats. This year I also tried cooking a few different types of meat for the first time too.

You can see above how I sliced the squash then I cubed it up and cooked it in a pan. I have since also tried roasting squash in the oven. Another method is to cook the squash and then puree it to make a soup. 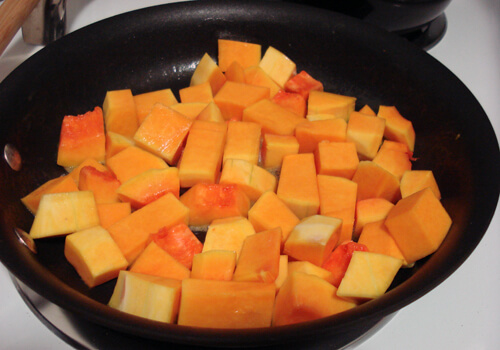 Simmer in the fry pan. Then I topped it with cinnamon. It turned out amazing! Butternut squash has a nice naturally sweet flavor. By adding a little bit of seasoning and broth it truly brought out the flavor even more.

Such a delicious side dish but it was so good it could have easily become a main dish. I have since tried cooking other types of squash as well such as acorn squash, honeynut squash (which I also grew in my garden this year) and spaghetti squash.

Recently we joined a CSA again and I received winter squash and delicata squash. You better believe I am frantically researching those as well in order to learn how to best prepare them. 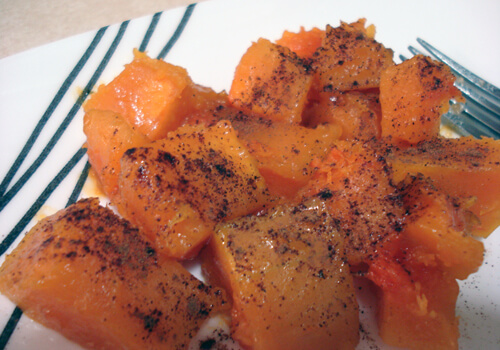 The other thing that has me feeling like Martha Stewart is whenever I organize my spice rack or pantry. A great cook needs to have the proper supplies and make sure they are fresh too. I am sure Martha Stewart spice jars are always fresh and at the ready when she cooks.

I spent some time organizing my IKEA Rajtan Spice Jars. I really begun to learn how important spices are to cooking. I was inspired years ago by another blogger’s spice rack (I would link to her blog but she has since stopped blogging) and after searching endlessly online and in stores, I opted to buy the same set.

I only wish I had enough space for as many jars of dry goods. Using fresh herbs and spices is my preference and I relied heavily on my garden this year for that, and now to some extent our CSA. However, I made a point to go through the entire cabinet and check the freshness of the products, clean jars and restock. 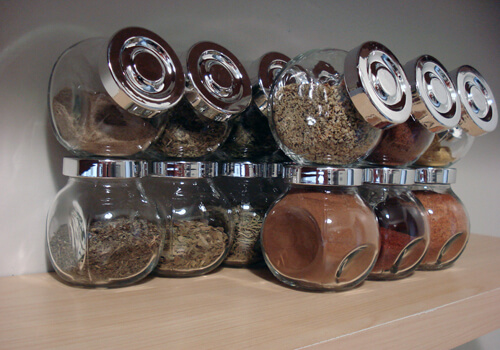 These are IKEA Rajtan Spice Jars. The jars are glass with a screw on lid and the mouth is wide enough to fit a measuring spoon. They really started to make to feel like a real cook once I bought them.

You can see my spice jars above. They have multiple flat sides so they can stand on their bottom or at an angle. While not the most ideal situation to have jars on top of each other this is the best solution I have come up with to date.

I really like the IKEA Rajtan Spice Jar set and have used them for many years now. I’ve only had a problem with one lid going back I had stored some very strong cloves in the jar and they seemed to almost melt the lid!

Very strange but otherwise the jars have all held up nicely. I do think I broke one by dropping it, totally my fault. I am willing to bet the spice rack Martha Stewart uses wouldn’t have this issue. 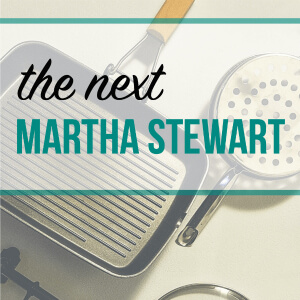 I’m not the next Martha Stewart but I am myself. I really have learned to enjoy cooking, baking and food preparation and storage. My garden was plentiful this year, now we are enjoying having a CSA again and I’ve done a tremendous amount of canning and food preservation this year.

What cooking skills have you picked up this year?

*This post was originally published in 2011 and has been updated and republished for accuracy and comprehensiveness.