A few years back I had the pleasure of making a homemade dutch apple pie after our annual apple picking trip. The pie turned out delicious, but it also reminded me of a time when I made a pie that tasted a little off, swiss chard pie.

As a disclaimer, swiss chard pie can be quite tasty. Just not the way I made it. Here’s the story of exactly what happened and how it happened. I’ll also include a good swiss chard pie recipe. Vegetable tarte is another great savory option. 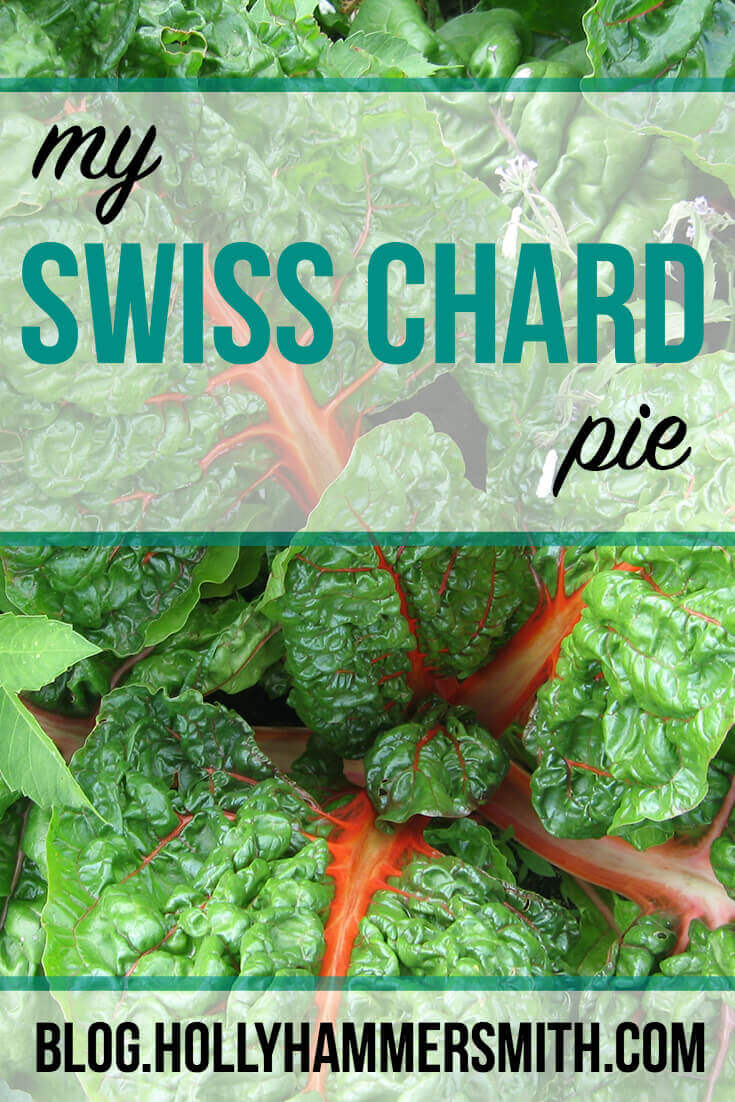 What is Swiss Chard?

However, swiss chard is good source of vitamins A, C and K along with iron, magnesium and potassium. In addition to swiss chard pie, this leafy green can be used to make other dishes including casseroles, tacos, soups, fresh salad and as a wrapper for edible dishes, according to Food & Wine.

Swiss chard is identified by crimson red stalks, crinkled leaves and glossy green leaves, according to Burpee. Unlike rhubarb, which has matte (or not glossy) leaves and the leaves are typically not crinkled heavily – when the leaves are mature.

As I experienced, swiss chard  looks eerily similar to rhubarb. Here are a few photos to show comparison, the rhubarb is growing in my yard. Please take note of the stalks in particular, when compared to swiss chard. Swiss chard vs rhubarb. 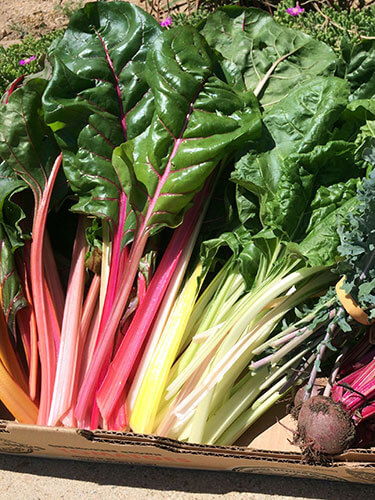 Swiss chard is known as an easy to grow plant. Swiss chard is planted in the spring or summer. It usually takes about 60 days for a swiss chard plant to mature. Mature plants are typically 12 to 16 inches in height.  Swiss chard grows best in full sun although it will tolerate partial shade.

We had received our weekly CSA share and I was trying to plan recipes to use up all the ingredients. I saw a handful of leafy greens with thick reddish stalks. Rhubarb, I thought! One of my favorites and it would be perfect for making a rhubarb pie.

I went about preparing the stalks, cleaning and chopping them, adding the vital ingredients including sugar and putting them in a homemade pie crust. This was quite the labor of love this swiss chard rhubarb. This was before I began growing my own rhubarb so it had actually been years since I last saw or tasted rhubarb.

Just before I placed the top crust on it I to treat myself to a piece of the raw rhubarb, already coated now with some sugar and seasoning. I was remembering eating it as a kid, by the stalk, dipped in sugar.

I took one bite and immediately spit it out. What in the world? I ran to my computer and looked up the email I had received detailing each item in our CSA share. Cheese, honey, swiss chard… swiss chard?! Swiss chard vs rhubarb?

Needless to say I pretty much panicked and threw away the sugar-coated swiss chard. I exchanged the filling for some diced apples, a bit of pie seasoning and some sugar. It was a very makeshift “apple pie” but it worked and saved me from wasting a homemade crust on my rhubarb swiss chard.

Prior to my experience making a swiss chard pie, the only time I had ever eaten swiss chard was in a sautéed dish prepared by my grandmother. Both the leaves and stalks of swiss chard are edible.

If you stumbled upon my post looking for a swiss chard recipe you are in luck. There really is such a thing as swiss chard pie, according to Martha Stewart herself. The pie can be made fresh and eaten on the spot.

Alternatively the pie can be made and frozen, for baking and eating at a later time. A great thing about swiss chard pie too is that it is vegetarian! In order to make a swiss chard pie you will need the following ingredients, in addition to your swiss chard:

In addition standard mixing bowls, measuring cups and spoons you will also need:

As mentioned above swiss chard can easily be frozen in the form of a prepared food. In addition to eating it fresh, swiss chard can be blanched and frozen. The stems of the plant can also be picked.

Preserving swiss chard is a great option to extend the harvest and to enjoy vegetables during the offseason. Read my home canning post to learn everything you need to know about buying canning supplies. 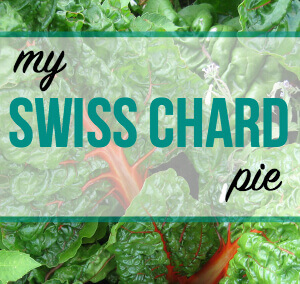 What a disaster my swiss chard pie was, I only have to blame myself. But the good part is that now I know what swiss chard looks and tastes like and how to use it.

Someday if I really want to make a swiss chard pie I know there’s a recipe out there to do so. There is such a food as swiss chard pie. It just doesn’t have sugar in it!

What’s the worst cooking or baking disaster you can recollect?