The incident involved Lulu, our Lhasa Apso mix rescue dog. She was about three years old when it happened. Today she is about to turn twelve and doing well, and thankfully we haven’t had any other bread dough incidents since then. Lulu is the first dog I have ever had and the incident was alarming, to say the least. 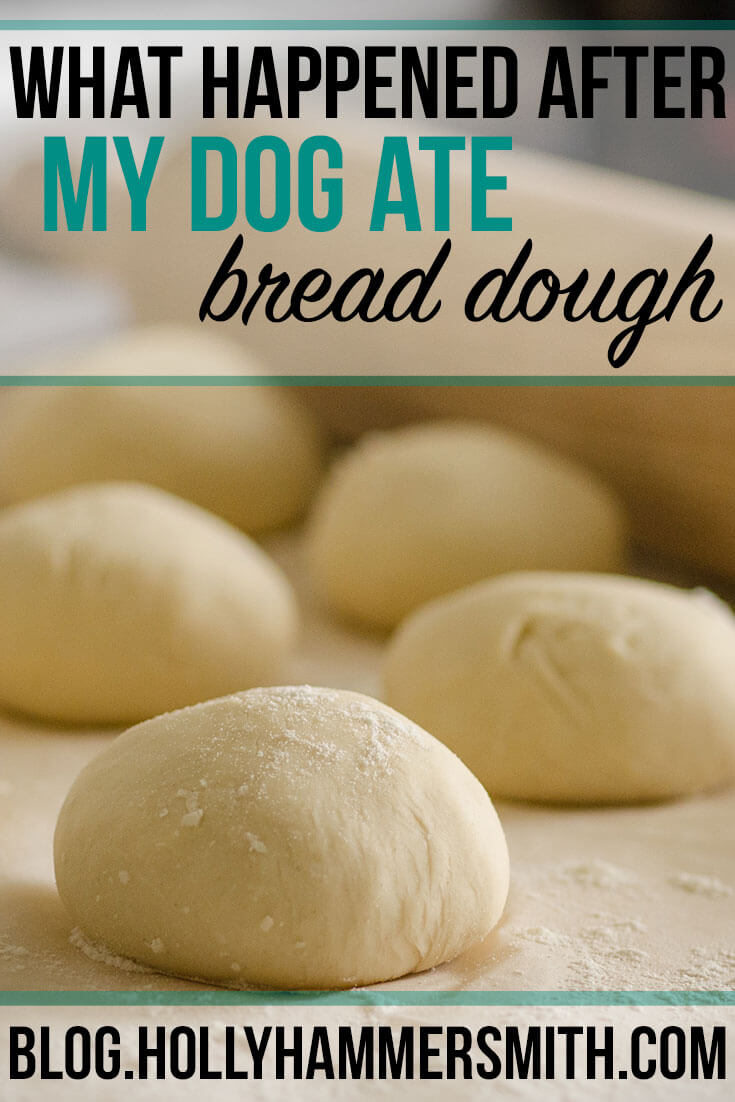 Sourdough bread recipes (like the one I was following) often call for the raw bread dough to sit in a bread bowl on top of the refrigerator to rise. I don’t know why the recipes include this step, because the top of my refrigerator is not very warm.

During my time baking, I discovered that placing a bread bowl by a heat duct and covering the bowl with a kitchen towel worked wonders for making dough rise in the winter. That’s what I was doing until my dog ate bread dough. When the bread dough incident happened we were at the point where Lulu had gained a good deal of trust around the house.

Our living space remains dog-proofed but she is able to roam, rest where she wants and overall just hang out – and usually she does a great job of not getting into trouble. Until the day I was baking sourdough bread and she found my bread bowl.

Related blog posts:
• Pros and Cons of Adopting a Rescue Dog
• Top Tips for Writing Pet Sitter Instructions
• Sourdough Starter Day by Day How it Looks
• Can You Get Sick From Your Pet Dog or Cat?

When I Realized My Dog Ate Bread Dough

Yes, it’s totally my fault. I should not have had the sourdough bread bowl at her level, nor assumed she wouldn’t get into it. She rang her PoochieBells (a highly-recommended dog house training tool!) to go outside late that afternoon to use the bathroom, and I noticed the towels on the bread bowl were disheveled.

I immediately thought she gotten into the raw bread dough, but I was having a difficult time finding evidence. It looked almost like the towel just fell in the bowl, messing up the top of the dough. I ignored the bread bowl initially.

My Dog Started to Gag

About 30 minutes later Lulu started gagging after my dog ate yeast. Then we knew. Unfortunately she threw up right on the middle of our living room rug. Yuck. Then she vomited a second time on a towel we had rushed to throw in front of her.

After throwing up a second time, she seemed better. I even took her out for a walk that day and she seemed to be in good spirits.

Bread Dough is Dangerous to Dogs

I was worried though because I had read before about the dangers of dogs eating dough made from live yeast. Basically the raw dough can rise inside their warm bellies, causing bloating.

Further, the bread dough can block their digestive track and worse. It’s a very serious condition and could lead to death of the dog if untreated. If your dog ate yeast that is a problem.

We kept an eye on Lulu the rest of that Sunday. She was walking fine but just didn’t have the normal pep in her step she usually has. Later we noticed her abdomen was a little bloated.

Then at 4 a.m. the next morning she woke us up again. She was making gagging noises. This time it was a false alarm. She did not vomit again.

We noticed Lulu was also urinating a lot during the 24-hours after the bread dough consumption took place. I have to assume this was a side-effect of eating the bread dough, although I have no medical information regarding this.

By the next evening, which was just over 24-hours since she ate the bread dough our dog seemed 100 percent normal again. She ate her Zignature dog food for dinner and was running around like usual.

My Dog is OK After Eating Bread Dough

I wanted to write this post as a serious warning to other dog owners. And also as a reminder to myself to not sit the sourdough bread bowl at dog level again, and to keep a much better eye on our rescue dog – even though she has gained “some” of our trust.

If you bake sourdough bread, make homemade pizza dough, bake biscuits or any other baked goods that contain live yeast – please be very careful about where you place the bowl and monitor the access your dog has to the area.

While Lulu has been trained not to jump on countertops, I know many dogs who do have access to kitchen countertops and tables, or dogs that are tall enough to easily take food off a countertop. 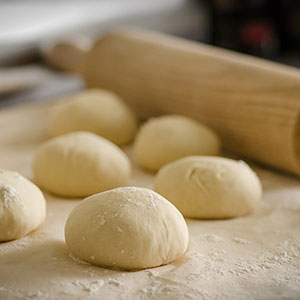 If you would like more information about what happens if your dog eats raw bread dough, I found this article to be helpful: Dangerous Foods That Dogs Should Never Eat. I hope your pet never eats bread dough, but if they do, I hope that they will be OK.

This description of what my dog experienced could help you if your pet dog does eat dough.

We were able to identify what our dog ate quickly, take action in monitoring her and the dough passed through her system without any known health issues. We are thankful she is OK and hope this never happens again.

Have you ever had a health scare with your pet?