Usually I order most of my garden seeds for the year in January or February. A few weeks later I put together milk jug greenhouses. These easy, miniature greenhouses help give seedlings a jump start on the growing season.

You can make them any time before your final frost date. This post will explain how to make the miniature greenhouses, what supplies you need and tips for starting your garden early. 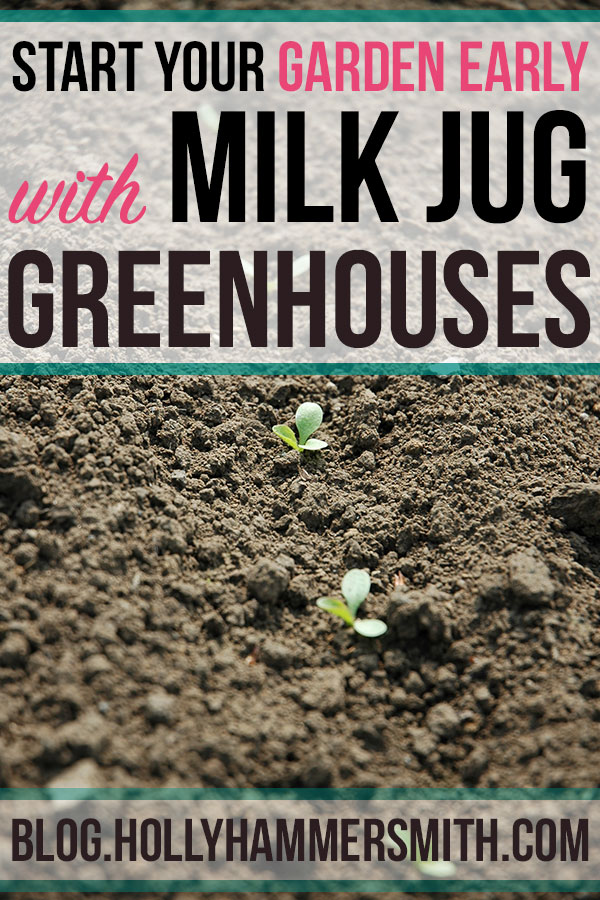 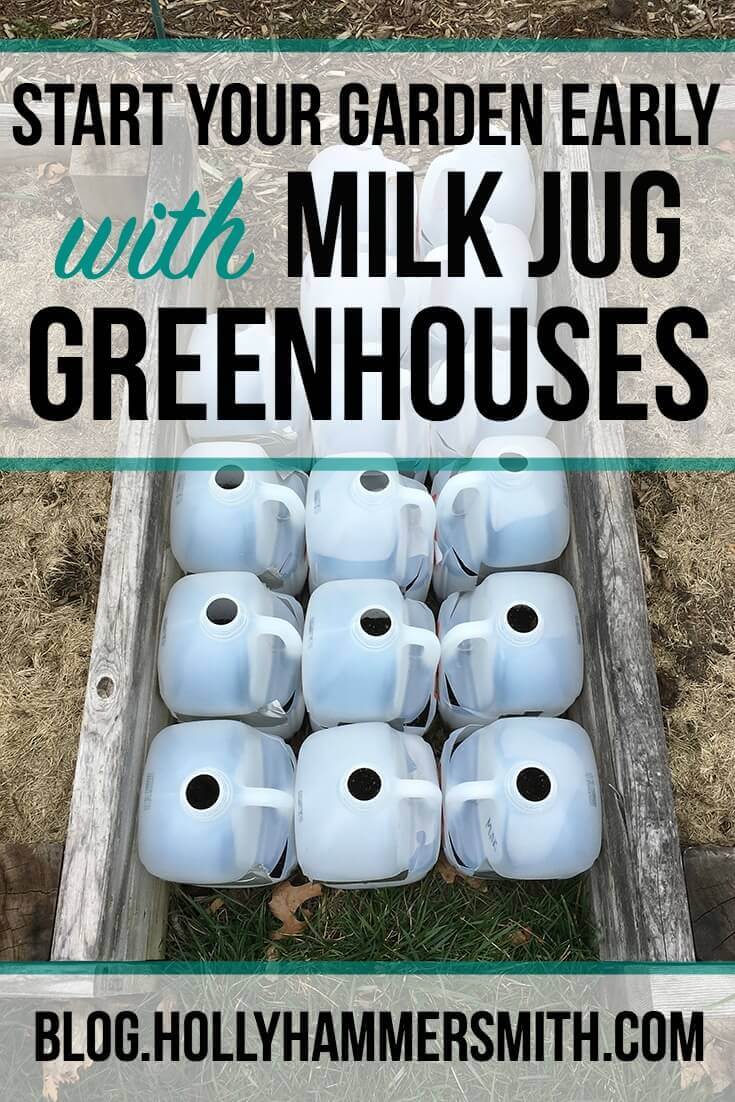 What Are Milk Jug Greenhouses?

In order to germinate, seeds need a medium (seed starter mix), a little water, warmth and time. Sunlight is important, but as you will find with these seed starter milk jugs, very little sunlight actually enters the container through the top hole.

This is particular helpful for gardeners who live in climates with a colder season or, as for me in Ohio, full blown winter with snow and sub-zero temperatures. 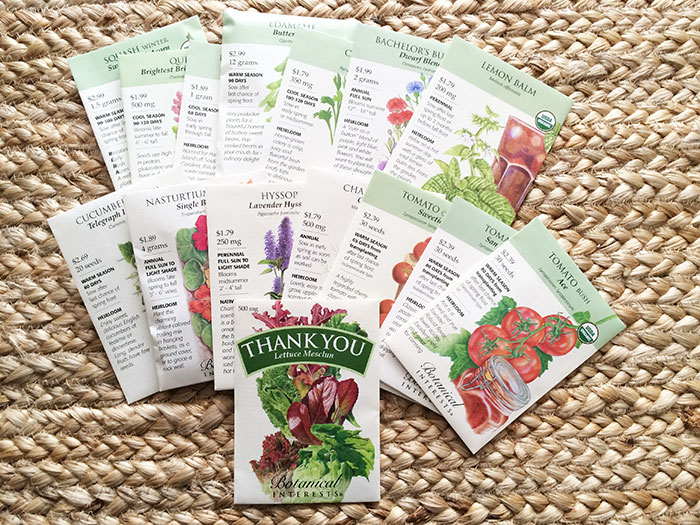 When to Use Milk Jug Greenhouse?

I put my milk jug greenhouses together sometime in February or March. I could even start them as late as mid-April and still reap some benefit.

In Northern Ohio, where I live, the final frost date is typically mid-May which is the first safe day to plant outside without a risk of frost killing a plant or seedling. The milk jug greenhouse allows me to plant earlier than this May date.

Really these greenhouses can be made any time before that final frost date in your region. Some years I do not get around to transplanting my seeds until a few weeks after the frost date.

Here is a frost map to help you determine your final frost date. 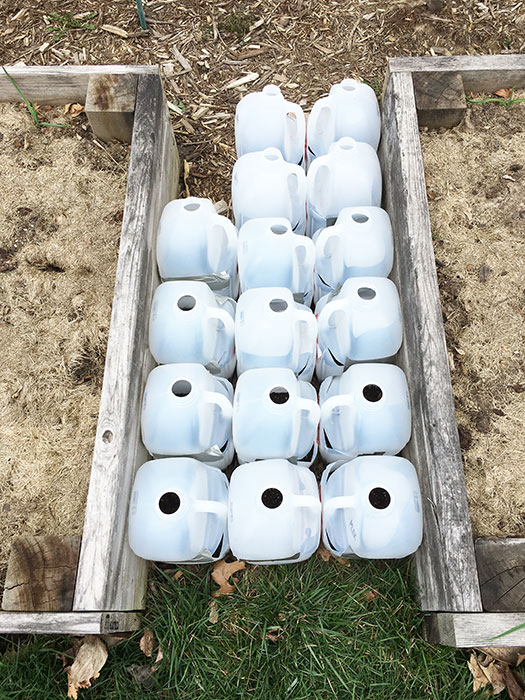 Why Start Your Garden Early?

As I mentioned, starting your seeds early can help jumpstart the growing season. Instead of planting by seed in May and experiencing a harvest 60 days later in July, you could potentially see a mid-summer harvest then plant another seed for a fall harvest!

Starting your garden early helps you make the most of the growing season and to extend it. When more than one crop is planted after another it’s called succession planting. Another reason to start your garden early is to have something fun to do in the winter months.

I’m not sure about you, but by March I’m itching to get outdoors but often we are still experiencing snow and frost. I can start my planting, however, with these milk jug greenhouses which helps break up the monotony of winter. 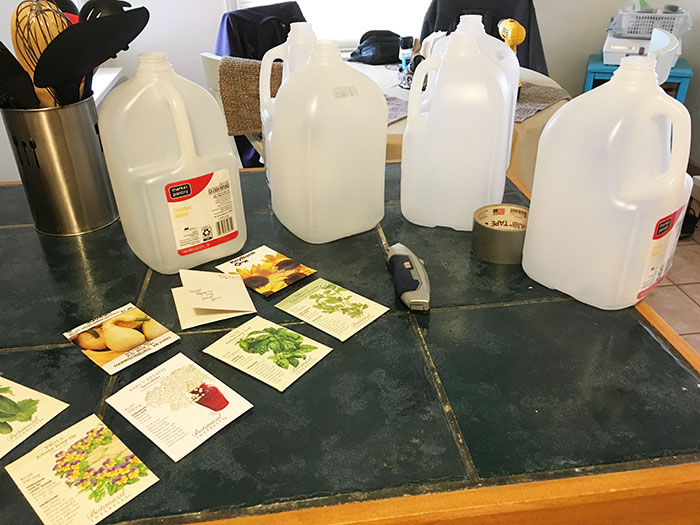 How to Make Milk Jug Greenhouses

The first time I made milk jug greenhouses I followed Kevin’s winter-sowing process. He also lives in Zone 5, which is the same zone I am in, but he is in New York state instead of Ohio.

It helps to know your hardiness zone when figuring out when to plant seeds and when to make these greenhouses.

Milk jug greenhouses can be made from milk jugs or water jugs (if you buy water by the gallon). You only need a few other supplies an the entire project can be completed from start to finish in less than two hours.

It does not matter if the jug is opaque or more clear, what matters is that you are creating a greenhouse effect for the seedling to help it germinate. 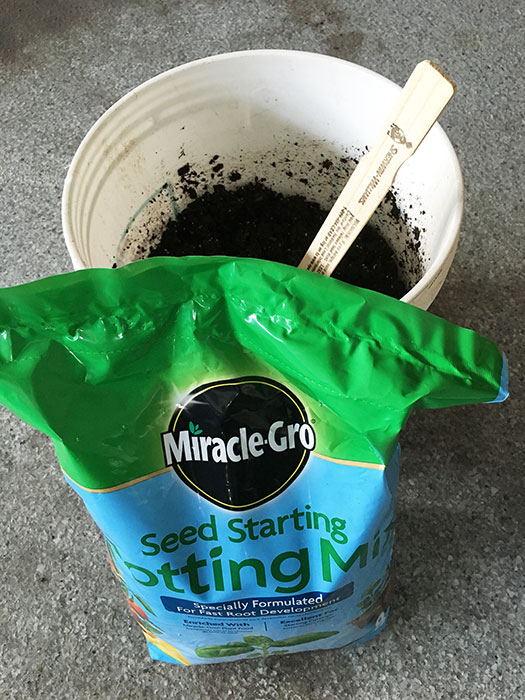 Now that you have all the supplies you will need, here are my step-by-step directions to make the greenhouses. This is exactly how I make them every year. I’ve been doing this for six years now. 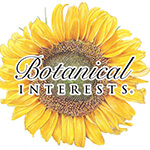 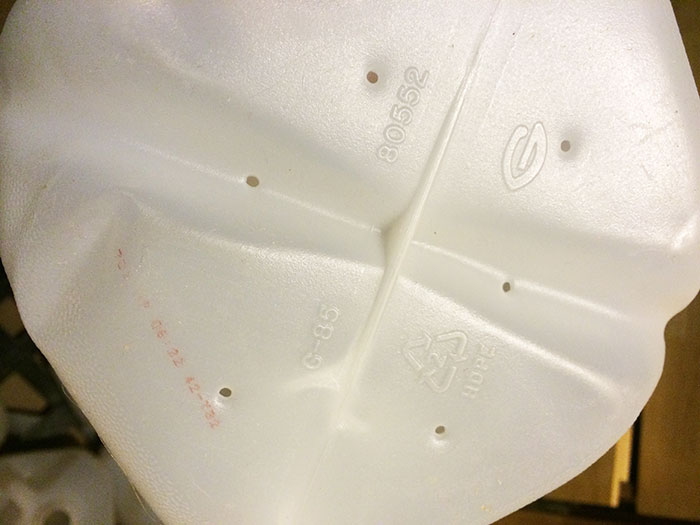 After I made make milk jug greenhouses the first time I realized I needed to cut the top of the greenhouse higher – near the handle – because mine were tipping over pretty badly. If you cut higher on the jug you can also add a little more soil.

Also, I recommend mixing your soil with some water in a 5-gallon bucket and then scooping the soil into the containers. The first year I did this project in our basement and it was rather messy.

Now I typically put the jugs together in the garage and then carry them outside once I’m done. Any mess can simply be washed down the drain in our garage. Alternatively, you could also make these directly outside.

Paint sticks work wonderful for mixing the soil. The first time I made these, I tried “watering” the soil after I put it in the containers and it turned into a mess. Add the soil to the bucket first, then add a little bit of water at a time and stir. It should be a thick mush.

Where to Store Mini Greenhouses

I like to store the jugs close together between two raised beds in our backyard. The first year I made these they were more in the open and the sun and rain beat down on the labels and I had a few mystery jugs as a result!

This is another reason why it helps to label each jug more than once. You can write on the jug itself with the permanent marker or on the duct tape – or if you are paranoid like me – you do both and label each jug at least twice.

I also noticed that by storing the jugs close together the labeling tends to not wear off as easily. They are sort of “protected” that way. 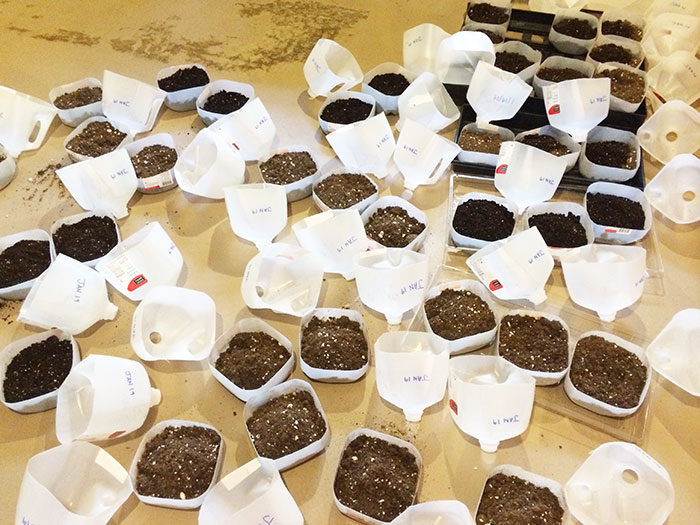 Why Do I Have so Many Milk Jug Greenhouses?

The first year I made these, I had 40 of these greenhouses because I was planting a lot of perennials. I was trying to establish a new landscape after removing four-dozen evergreens from our yard.

Here are some of the seeds I purchased through Botanical Interests (my favorite source for organic and heirloom seeds!) to use in my milk jug greenhouses this past year: 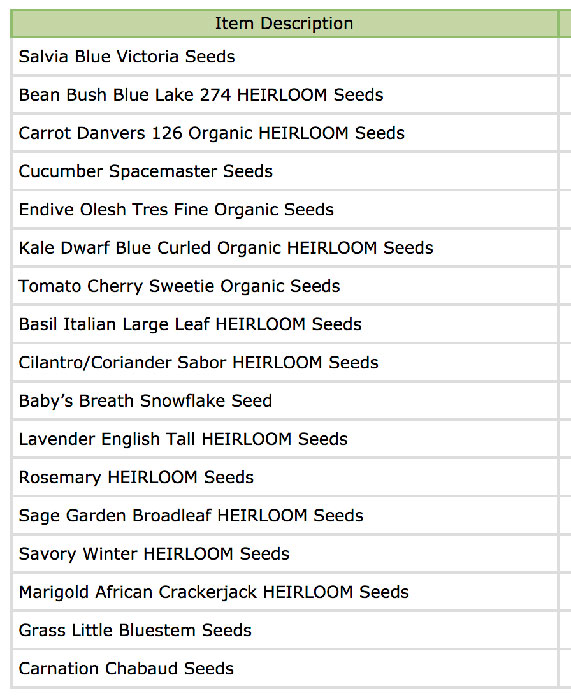 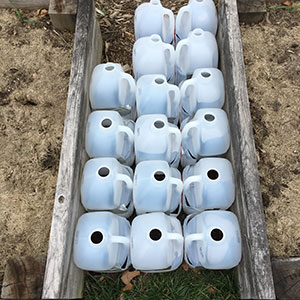 Homemade milk jug greenhouses are a quick and easy way to start your garden early. There is no need to wait until after your frost date to plant your seeds.

Keep in mind you can make these greenhouses anywhere from four to 12 weeks before your final frost date. The milk jug garden is a simple step toward in ground gardening.

This year will be my seventh year using the milk jug greenhouses to start my garden early. I really like this method and do not plan on doing anything different anytime soon!

Not only is this an affordable, fun way to start your garden early it also works and helps me to start my garden sooner than most people. Also I save money by planting by seed instead of buying plants.

When do you typically start your garden?

*This post was originally published in 2014 and has been updated and republished for accuracy and comprehensiveness.