Starting at the end of 2014, I worked a seasonal retail job at a department store from end of October through mid-January. To be honest, I still miss that job from time to time and my experience working retail. With having a daughter now, my schedule is still too crazy to work a second job.

But, if you are curious about what working retail is like, especially during the holiday season, I’m going to share my first-hand experience. The funny part is not much thought went into me taking on a job working retail. 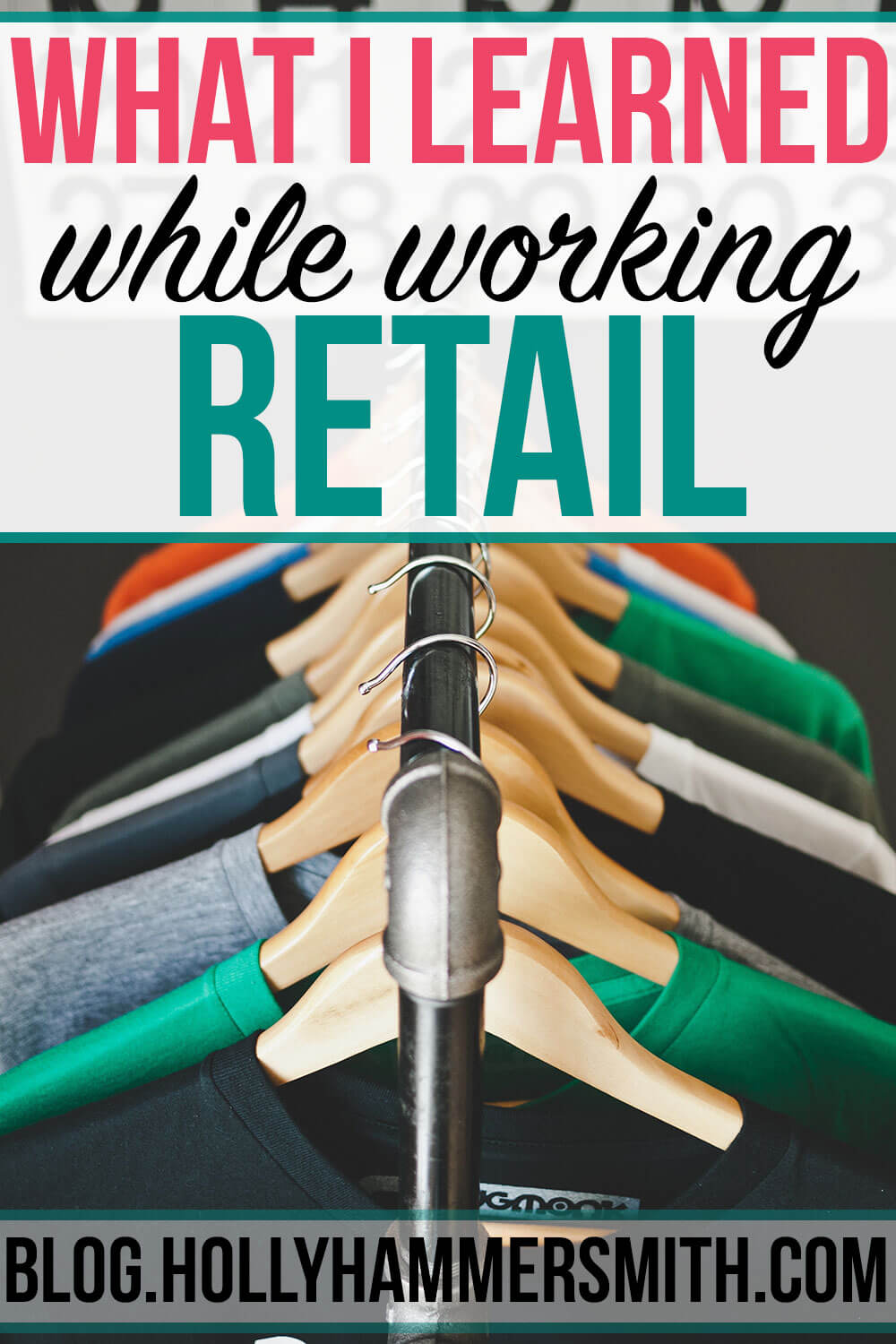 Why Did I Apply for a Job?

But I’m sharing how I decided to take on the job and what my experience was like – positives and negatives. My experience might help with decision-making if you are considering a retail job. Alternatively, if you are a shopper this holiday season, my post will serve as a reminder to smile and be friendly to retail workers.

First, how did I get hired on working retail for the holidays? The husband and I were shopping at a department store one weekend in October and saw a table with seasonal job applications.

“We shop here a lot, you should work here.”
“Who me?”
“Yeah, you are the self-employed one and have flexibility.”
“I was a cashier before, I could totally do this job.”
“Yeah you should.”
“It would be nice to have some extra cash, and maybe get an employee discount.”

The next day I turned in an application and within a week I was hired. The hiring process consisted of a formal written application followed by a group interview and call back with an offer (pending a formal background check).

I found the process was a little less stressful than a typical on-on-one job interview because it was seasonal with no guarantee to stay on after the season was over. The group interview was conducted also due to high volume of applicants being vetted and hired. There were about six people in my group.

Working in retail skills will vary based on which role you enter. I asked to run the cash register, as I have previous experience as a grocery store cashier, and that’s what I was hired for. My first day on the job was right before Halloween, but I later learned that seasonal workers were hired as early as the first week of October.

When is the Season?

If you are wanting to work a retail job, my advice would be to start inquiring in mid-August. I have since seen some stores begin to post seasonal jobs that early (both in person and online).

Sometimes you see the signs in stores when you visit them, other times the application will be on the store website. If you don’t see anything you can also call the store and ask when and how they will be taking seasonal applicants. A manager can probably best answer this question for you.

At the very least, to take advantage of the entire season, try to get hired in by October to take full advantage of the holiday season. Companies want workers trained well before Black Friday hits so they are ready for the crowds and prepared.

Work started slow. Shifts were short and breezy at the end of October. Most of my shifts were four hours with a 15-minute break. Some weeks I only worked 8 hours total, other weeks I worked 12 or 16 hours total. Seasonal workers were encouraged to be as open as possible with their availability in order to receive the most schedule hours.

My availability was limited due to my day job so I mostly worked nights and weekends. Then Black Friday hit, and pandemonium ensued. Every shopping day became increasingly busy. Shifts became longer (the max being eight hours), hours were later into the night and earlier into the morning.

The store I worked at was open until 11 p.m., 12 a.m. or sometimes 1 a.m. depending on the night and how close were were to the big holiday shopping days. Normally the store would close at 10 p.m. when it wasn’t the holiday season. The lines were longer and my life was an endless stream of customers.

Some workers advise to only focus and look at the face of the next customer in line. I like this approach. The week of Christmas I maxed out at 25 hours. It was intense, but I survived! After Christmas my hours began to dwindle again. The first week after Christmas I still had a decent number of hours, however, due to the influx of holiday returns.

My relationship with the company formally ended mid-January when seasonal workers were no longer needed and the holiday return window became less busy.

About two weeks before that slated end date seasonal workers who did well were asked if they would like to stay on with the company. I was one of those asked. I strongly considered it but at the time I didn’t want to commit to the every weekend availability and the scheduling was all done on paper in the store.

I would have no way of knowing or checking my hours each week unless I went into the store, which seemed like a bit of a hassle. Now I’m guessing that might all be electronic! Again, if I were in a different life stage I would have strongly considered staying on as I really enjoyed my time there.

As a part-time worker the benefits were little to none so again this type of job would be best for some side money, extra cash, a retirement job, etc. I think it would take much longer to build up enough seniority to apply for a full-time position with benefits.

Everything Else I Learned

In retail it’s all about the sale. If you did what management asked, worked the sale and got it, you were golden. In layman’s terms, “if you make us money we want you.”

As a freelance writer and editor I often email clients and take phone calls, but I don’t have very much face-to-face interaction on a daily basis. Running cash register allowed me exercise my extroverted side. I loved chatting with customers and coworkers.

It was sobering to work a minimum wage “type” job again. I was amazed at how many hours I had to put in to receive a nominal paycheck. I was reminded of the book “Nickel and Dimed,” which is about how the middle-class gets by (or doesn’t) in America.

Working on your feet all day is hard. While sitting all day isn’t really healthy either, I couldn’t ignore the low back strain and tender feet I experienced after standing all day. Good, supportive shoes are a must when working a standing job.

My coworkers were fun and the employee discount did not hurt one bit! I also got the inside scoop on the sales cycles and when special coupons or discounts would be coming out. This helped with my own holiday shopping. It was also nice knowing that I could just put in my time, clock out and be done.

It was a job that wasn’t mentally intense, and I didn’t take work home with me.

While working a retail job during the holiday season was a challenge, I still look back on the experience as a positive one. If I had to do it again (or chose to) I would definitely invest in some really comfortable work shoes. 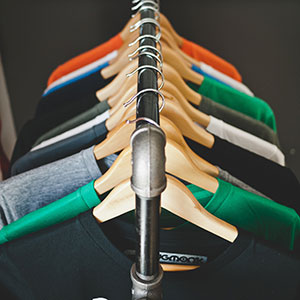 Shoes for working retail, I’ve heard Dansko shoes are wonderful for people who work on their feet! I would also roll with the punches more and understand that my schedule would be a little crazy and just try to embrace the busyness.

While I don’t think I will be working a seasonal job again for the next several years, once my daughter is older I may consider it again. It also seems like a great empty-nester or “retiree” job.

Have you ever worked a seasonal job? What was your experience?