This is a guest post written by my husband.

This year’s Bay Days Race finally rolled around on the calendar. I ran the Bay Days 5-Miler on Tuesday, July 4 in Bay Village, Ohio. Compared to last year’s race, this one did not disappoint. Much like the year before, it was clear skies, the sun was beaming down and the temperature was in the low 70’s. With the sun and lack of shade this always presents a challenge. 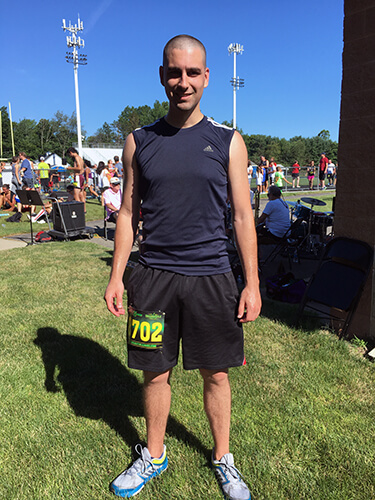 Bay Days 5-Miler is a personal favorite. The course starts off at Bay High School and takes runners through some of the surrounding neighborhoods and ends on the high school’s track. Residents will line the boulevards cheering on runners – it’s like having your own fans.

This year my training plan for the Bay Days Race was largely the same as the year before – I had used Hal Higdon’s intermediate training program for an 8K. The only difference being that of some days I elected to do some weight training as well. 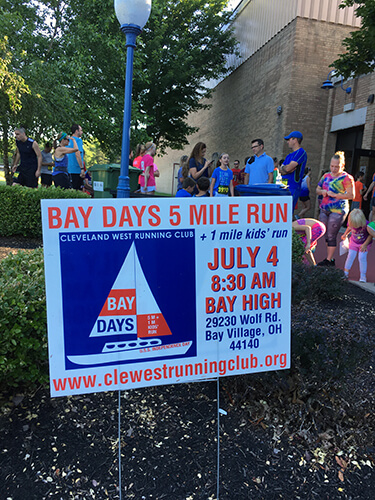 From the start of the race, to the finish, my pace was consistent and on point. Each lap was within a few seconds of each other, with the exception being the last mile when I did run faster. My goal time for the race the was between 42:00 and 43:30.

Once I hit the last mile, this would prove to be the most difficult part of the course. The last three quarters of the race has the least amount of shade. I felt the sun really beaming down me. 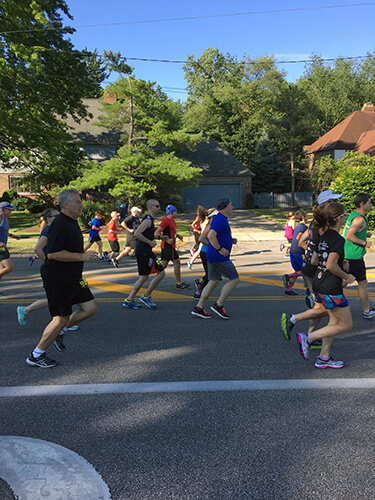 Even with the heat, I knew I put in a good kick. Once I hit the track, I emptied everything I had into a final dead sprint. Overall I felt happy with the effort I put into my training and the results.

Also being that the race had 500 plus runners, having the ability to pace with others helped with having a solid pace. Post-race refreshments included fresh watermelon, Chick-fil-A and NOOMA, an organic electrolyte drink that is locally made in Cleveland, Ohio.

There was also a live band. For the $25 registration fee, participates also received a Brooks technical T-shirt. There were actually extra shirts this year so Holly received one as well.

In terms of what’s next, I plan to run a few more races and adjust my training program. I would like to balance out my running program with a weight lifting regimen. Having a more coordinated program between the two would help me further goals.

My current goals are running a sub-40 five miler, improving overall muscle stamina and building some muscle. For a 5-Mile race I am considering running Celebrate Westlake again in Westlake, Ohio, or possibly, the Cleveland Heroes Run in Cleveland, Ohio. 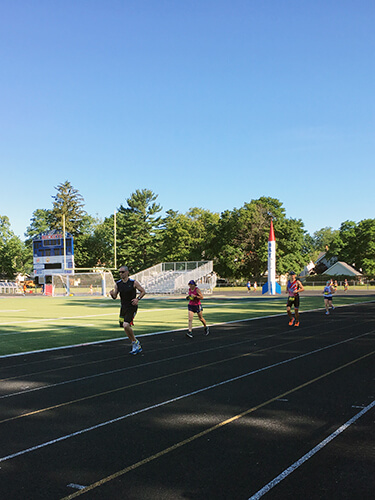