This past week SUAR had an interesting post about “10 Ways I Break the Rules” and encouraged other bloggers to follow suit and share their rule-breaking. I’ve been pondering this for a while. Here’s what I was open to sharing. Here’s how I break the rules. 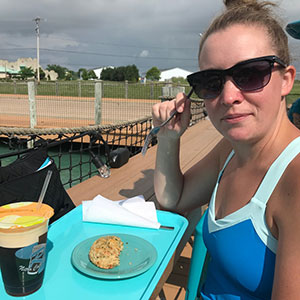 How I Break the Rules

I wear clothing multiple times before washing. Dress clothes and casual clothes mostly. Sometimes I use Febreeze to get that “extra wear.”

If I’ve been drinking only tea in my “to go” cup, I won’t wash it out with soap daily. Instead I’ll rinse it with hot water and then re-use. I’ll usually wash with soap then 1x per week.

If I find money I keep it. Obviously! Some people have a limit, like “If I find more than $10 I’ll give it to charity, because I feel wrong keeping it.” No limit here!

I hit the snooze button repeatedly, yet tell people I get up at 7 a.m. Yeah right!

I do not wash my face with soap – unless I had put foundation on. All other times just plain water. I started this after a middle eastern friend of mine said that was what she had learned, a sort of cultural thing her mother instilled I guess. She has beautiful skin! So I jumped on the bandwagon.

Lately during my attempt to count calories which is still semi-ongoing, I round up or down a lot. Like I ate 1.5 grapefruits and I just called it 1.

And the Worst…. I have a habit of leaving… (used)  tissues around the apartment. My husband thought I was a freak of nature when he learned this. I am doing much better! As a kid I seemed to always have like 10 tissues under my pillow and they just followed me around the house. Seems old habits die hard.

Related blog posts:
• This is What I Learned While Working Retail
• My First Job Story
• The Time I Shot a Gun
• I Never Wanted a Dog

How I Break the Rules

Now that I bore my soul.
How do you break the rules?