Growing up, I always looked forward to having corned beef and cabbage for a St. Patrick’s Day dinner. It was one of those staple meals I could count on my grandmother to make. I think I only really started to appreciate it (and miss it) as I got older.

I went off to college and then began working full-time and it wasn’t until 2013 that I realized it had been about a decade since I had ate corned beef and cabbage. 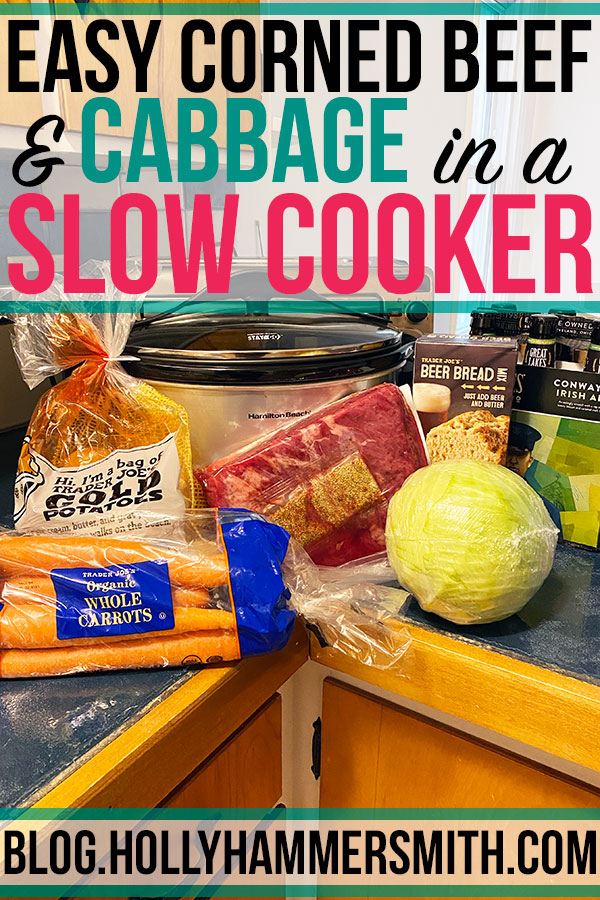 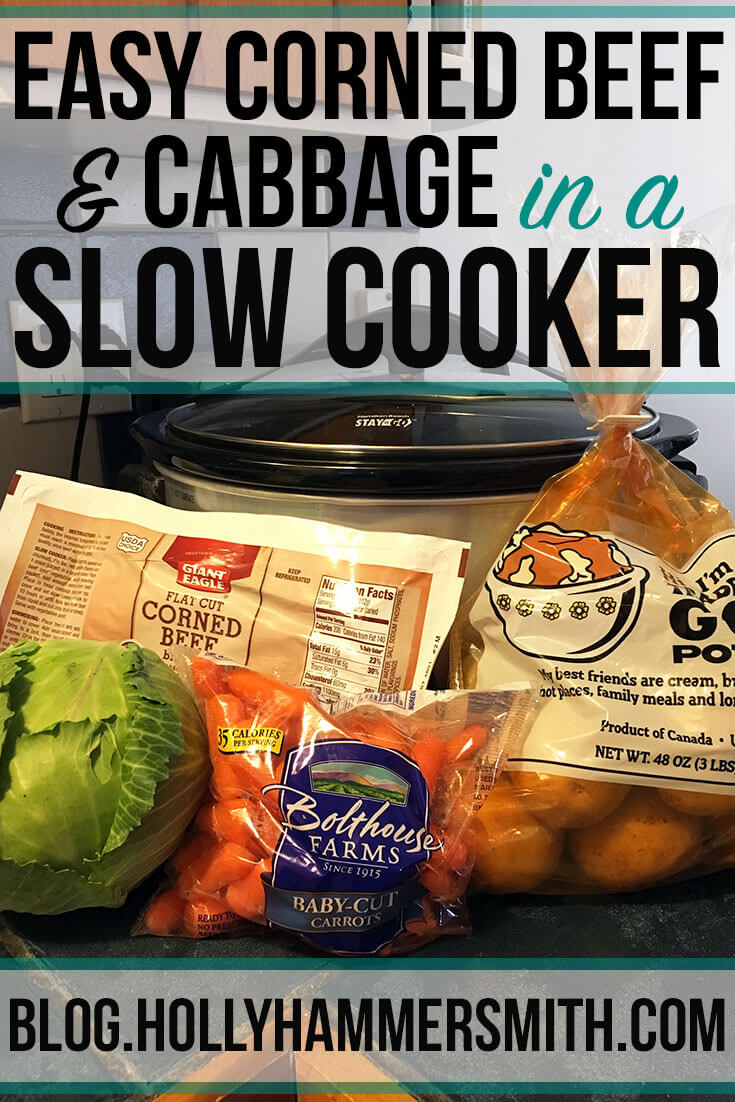 On a whim shopping trip that year I saw corned beef was on special. I grabbed a pack and a head of cabbage and decided on the spot I would make my own corned beef and cabbage (or sometimes as we called it ‘Jigg’s Dinner’) for St. Patrick’s Day. I’ve kept the tradition every year since, this year being no exception.

In addition to the corned beef for a St. Patrick’s Day Dinner, you only need a few other ingredients: a head of cabbage, carrots and potatoes. Cabbage is super cheap, especially around St. Patrick’s day. Last year I bought one head of cabbage for less than $1. Sometimes you can add fresh onion, or onion powder, as well.

You can buy baby carrots or regular carrots and peel and chop them up. For the potatoes, I prefer to buy Yukon Gold Potatoes and chop each one into four equal pieces. For the cabbage I like to dice it into chunks. 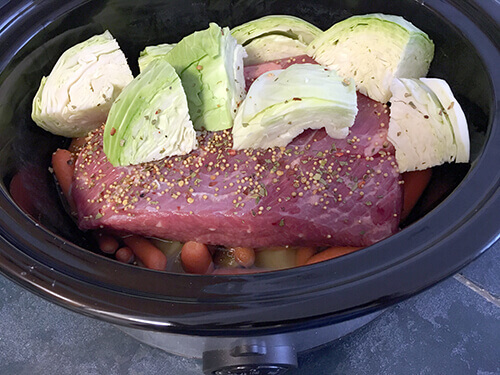 In terms of the flavoring of this meal, the seasoning packet is key. I wanted to recreate grandma’s recipe, but you see hers was more based on memory. I asked her around 2012 for the recipe and she didn’t have an actual recipe in her recipe box.

The first time I tried making the corned beef at home was in 2013. Her advice was to just cook the corned beef with the seasonings in a pan and add some vegetables later. I was worried I was going to mess that up. 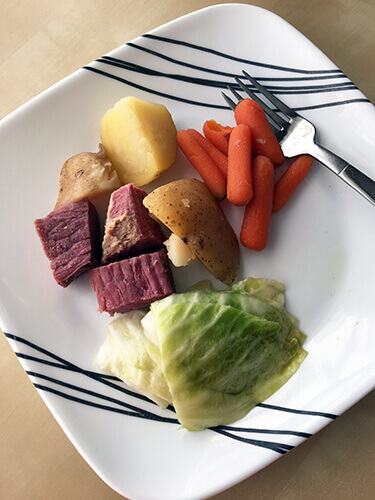 I searched online for a way to make corned beef and cabbage in a crock pot. Martha Stewart had a simple recipe, so I used that, with the inspiration of Grandma’s meal to guide me. About five hours later we enjoyed the delicacy. Because I only make this meal once a year there are a few important details to share: 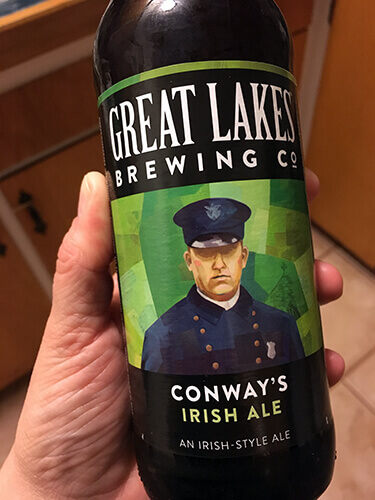 Overall, I was really pleased with how it came out the first year I made it. I have made corned beef and cabbage in a slow cooker every year since. Once the meal is done it helps to store the leftovers in the liquid to keep the meat moist. I enjoy the meal as is, my husband likes to add ground mustard to his plate.

Corned beef is a great source of protein. It is a bit salty, so the taste is different than other meats. I really enjoy eating this meal once a year. Price per pound for the meat can vary. The cheapest I have found is $2.99 per pound.

Some stores will charge $3.99 to $5.99 per pound. Expect to pay more for organic. I do think this is a seasonal item as I have not seen corned beef for sale at other times of the year. Cabbage is almost always $1 or less for a head. 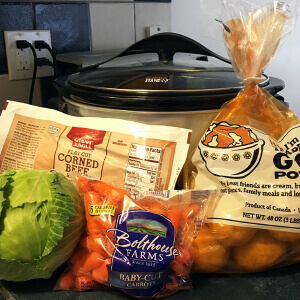 Each year I pair the meal with some of Cleveland’s own – Great Lakes Brewing Company’s Conway’s Irish Ale – which is quite fitting. The last two years I have also made Trader Joe’s Beer Bread to go along with the meal. Going forward I would like to round out the meal with a dessert as well.

I have enough leftover meals for several days, and for once, I actually look forward to eating leftovers. It’s so nice to carry on this St. Patrick’s Day tradition. As she gets older, I hope our daughter, too, will learn to appreciate this meal for a St. Patrick’s Day dinner.

Do you have a special food you eat for St. Patrick’s Day dinner?

*This post was originally published in 2013 and has been updated and republished for accuracy and comprehensiveness.